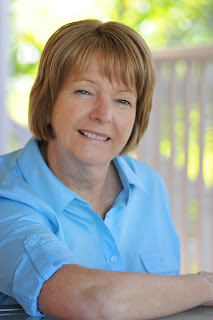 Laura enjoys writing stories about second chances in love and life. She calls the Gold Coast home, however, her curious nature leads her on adventures to locations that surprise and delight her. Laura has a passion for telling a good story set in places where she has lived and travelled. Laura is the author of African Hearts and Web of Lies. Her debut novel, African Hearts, was shortlisted in the 2011 Caleb Prize. To find out more about Laura visit her website: http://laura-oconnell.com
About the Book:

High school sweethearts, Stephanie and Lachlan are torn apart by circumstance, bad decisions and a web of lies,leaving an unknown future for their son, Ryan. 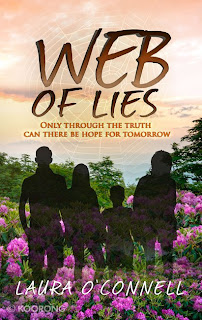 Eight years later they reconnect,but the time apart has changed them. The family had made decisions based on lies and deceit and now must find a way to either reveal the truth or find another option. On the surface their arrangements seemed flawless, but dig deeper, and the people they thought they knew, aren't as they appear.
Lachlan and Stephanie are forced to confront the consequences of their actions and the entire family is compelled to reveal the truth, find forgiveness, and renew loving one another. But the hardest decision is still to come...where does Ryan live?

Eight years ago, teenage Lachlan Hunt was injured in a rock-climbing accident that left him unconscious for almost a year. Now aged twenty-five and financially independent, he decides to leave New York and return to his childhood home of Sydney in the hope of reconnecting with Stephanie, his former girlfriend, who had been pregnant when he had his accident.

This announcement shocks his parents, Ellen and David, as they realise they will now have confess the lies they told all those years before, like telling Stephanie that Lachlan was dead, and not telling Lachlan that his son was not miscarried, but in fact was born and is now being raised by his sister, Tania, after Stephanie’s Aunt Sophia forced Stephanie to give Ryan up. And that’s not the end of the secrets…

Lachlan is single-minded in his desire to reunite with Stephanie and claim their son to raise, almost to the point of becoming hard-headed. He knows what he wants, and barely stops to think about the impact of his plans on others, in particular, Ryan and Tania. And Stephanie suffered severe depression after giving up Ryan, and isn’t convinced she would be the best mother for him. Tania is naturally distraught at the thought that her own brother might destroy her small family, while David and Ellen have their own lies to face.

This is a quick read, partly because it is so engaging. On the face of it, the tangled web of lies sounds as though it could have come straight out of a daytime soap opera, yet the author manages to tell the story without descending into melodrama. The characters were likeable and their reactions felt true-to-life (although I sincerely hope that situations like this aren’t as common in real life as they are in fiction).

Although this is published by a Christian publisher, the faith element is very understated. Ellen and David are Christians, but the faith of the other characters is less clear-cut, and this a novel that can be enjoyed by Christians and non-Christians alike. An excellent Australian read.

Thanks to Even Before Publishing for providing a free ebook for review. You can find out more about Laura O’Connell at her website.
Posted by Iola at 09:00