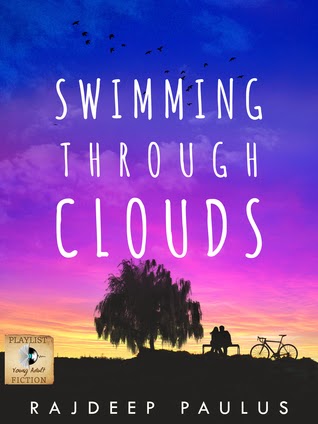 Talia Grace Vanderbilt is the strange girl at school, the one all the lids call ‘emo’. She’s not. She’s just hiding a home life where her every move is controlled by her father, immigration lawyer Gerard Vanderbilt, and where there consequences for not meeting expectations. She is responsible for caring for her younger brother, Jesse, as their mother is dead.

The whole book is written in first person, from Talia’s point of view. This means we don’t always get to see or understand the motivations of some of the other characters, like Jesse, Lagan and Gerard. What we do see is filtered through Talia’s understanding, and while she is an intelligent high school senior, her insular upbringing means she is naïve in some respects.

Logan is an equally interesting character. He goes out of his way to befriend Talia, allowing the relationship to develop slowly and almost entirely on her terms. Logan sticks by her, and it’s only late in the book when we begin to get an idea of why.

Gerard, Talia’s father, is an equally interesting character, although in totally the opposite respect. He is, without a doubt, one of the most chilling antagonists I’ve come across is fiction. His entire life is a secret from his family, so we find out very little about him. But what we are shown gives the plot a string of tension that kept me turning the page, even though I was afraid to find out what might be coming. It’s outstanding writing, both compelling and repulsive.

I was particularly impressed by the way backstory was handled. A lot of writers don’t understand the need to layer it through the story. Swimming Through Clouds dropped hints, so that when when we finally found out about a particular incident from Talia’s past, we wanted to know the details. The author also managed to write some of these scenes so the reader ends up understanding the incident better then Talia does, which is impressive.

This is the first book in a series, and while it had a sense of closure in itself, there were several unanswered questions as well, leaving plenty to cover in the sequel. Swimming Through Clouds isn’t a Christian novel per se, in that God, Jesus and Christianity aren’t mentioned. However, a Christian reader will find Jesus in the story.


Recommended for fans of gritty YA fiction and authors such as Trudy Adams and Michelle Dennis Evans. Thanks to the author for providing a free ebook for review. You can find out more about Rajdeep Paulus at her website.
Posted by Iola at 09:00