Tess Dougherty plans every aspect of her life right down to the last detail. But she doesn’t plan on running her boyfriend off by bringing up the topic of marriage before he’s ready. And she doesn’t plan to lose her job on the day she’s set to receive a huge promotion. So when her perfect world unravels, Tess makes a new plan: disappear.

Tess packs her bags and leaves her city apartment for a remote vineyard in North Carolina. At first, she’s put off by the slow pace of small-town life in the South. She’s especially irritated by Thatcher, the vineyard’s smart-mouth, dimple-faced farmhand. But she soon begins to appreciate the area’s charm, and Thatcher’s charm, too. She even swaps her trademark heels for a pair of cowboy boots. As Tess spends more time getting to know Thatcher, she finds herself loosening her grip on her old life little by little. Unfortunately, things on the vineyard aren’t as simple as they seem. There’s a secret here, and when the truth comes to light, Tess is forced to reconsider every plan she’s ever made.

You can find the book on Goodreads and through Anaiah Press. You can preorder Tess in Boots at Amazon, B&N, iTunes and Smashwords. Release date is 2 December 2014.

Tess Dougherty has the perfect life: handsome long-term boyfriend who’s about to propose, and a job as Marketing Director in a swanky New York office. Then she doesn’t. He doesn’t propose, she gives him an ultimatum, and then her entire firm is closed overnight. She retreats to North Carolina where her twin brother and his wife have just inherited a vineyard.

What follows is a fun romance full of confusion and secrets, starting with Tess asking for directions at what turns out to be a bachelor party, and getting mistaken for someone else. This is just the first of many misunderstandings and secrets which drive the plot forward. There’s also plenty of tension with Thatcher, the mysterious and handsome vineyard helper the local ladies warn Tess against. But why? And what is the significance of the boots?

At about the three-quarter mark I was starting to get worried. I was really enjoying Tess in Boots—like, Really Enjoying—but there was still this huge secret hanging over the plot and I was worried it might all fizzle out when the secret was revealed. (I’ve read novels like that before, where the tension ramps up and up and up at the thought of the secret, and it’s a huge let-down when the Big Reveal comes.

I had nothing to worry about. The secret was big enough, and somehow managed to ramp the tension up even more—in fact, I think this would be even more fun to read the second time around, knowing the secret and looking out for clues. Recommended for fans of fun contemporary Christian romance by authors such as Becky Wade, Denise Hunter, Carla Laureano and Andrea Grigg.

Thanks to Anaiah Press for providing a free ebook for review. You can find out more about Courtney Rice Gager at her website. 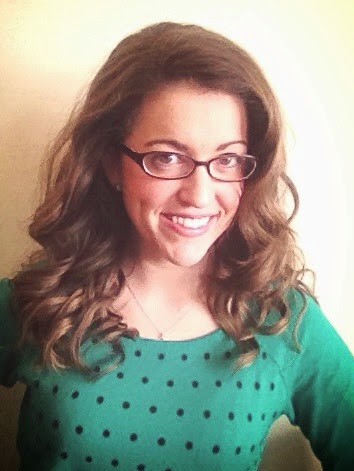 Courtney Rice Gager graduated from Virginia Tech with a bachelor’s degree in communication and a minor in creative writing. Courtney is also the author of The Buggy List. She lives in New Jersey with her husband and daughter.


You can connect with Courtney at: