I've taken up a reading challenge for 2015, to give me more variety in what I read (which will mean not everything I review here will be Christian fiction this year!): 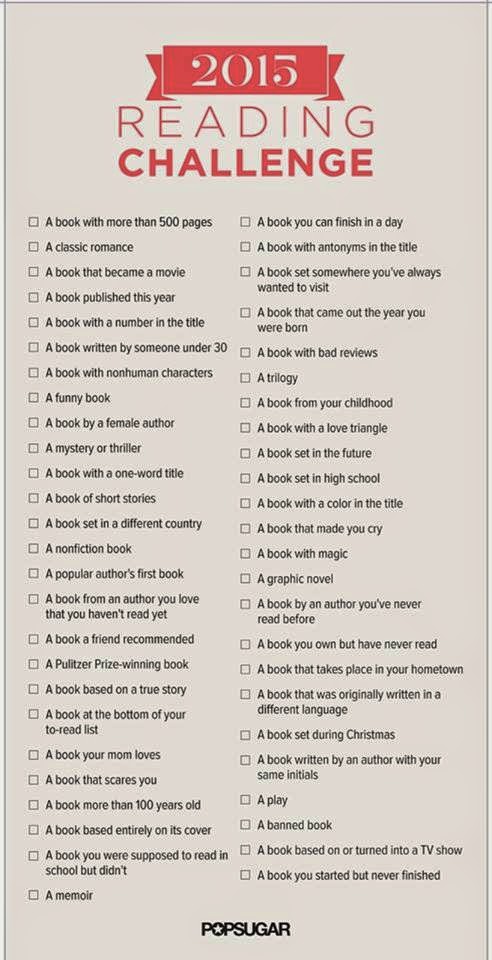 The aim is to read and review one title per week, but this first book counts for three weeks, because it's a trilogy. My self-imposed rules are:

Some will be easy to find; others harder. I'm looking forward to it!

Despite the title, which promises three "contemporary" novels, the individual novels in this trilogy were originally published fifteen years ago. I would have found it extremely helpful if the date had been signalled at the beginning of each book, as it took me a good portion of the first book to work out that it wasn't set in the present day (2014-ish). The novels were actually set in the late 1990's--a fact I only worked out with a reference to the funeral of Diana, Princess of Wales (which I know was August 1997, as I was living in London at the time).

I also found the writing style dated. There was a lot of telling, too many characters (and too few characters with any character), a lot of adverbs, awkward use of point of view (too much "she thought"), and too many italics (for an ereader--the italics might not be such an issue in a paper version). All three novels would have benefited from some serious trimming of excess verbiage, as this would have improved the pace. They would also have benefited by having fewer flashbacks, both flashbacks to previous generations and flashbacks to earlier points in the story.

Blue Mist on the Danube

Blue Mist on the Danube was nominated for a Christy award in 2000, and is easily the best novel of the three. However, it still suffered from too many characters, too many subplots, and too many flashbacks--which were especially confusing, as most of them didn't have dates either. There was also a subplot around art theft that fitted into the plot arc of the overall trilogy, but overloaded this plot to the point it distracted from the central themes of family relationships and forgiveness. Despite this, and the fact that it took far too long to get to the actual story, it was my favourite of the three books.

Willows on the Windrush

Willows on the Windrush had potential, but it took too long to show that it did, in fact, link back to the plot and characters in Blue Mist on the Danube (although there was the link in that the main character was adopted). Overall, it was best characterised as uninteresting. It would also have been better without the errors (e.g. riding stick, Cornwall forces--although there was later a correct reference to Cromwell--and "original" blueprints to a house that apparently predated blueprints by over 200 years).

It again had too many characters (one seemed to have two names, which didn't help), a plot that didn't ring true for me, and too little interaction between the hero and heroine to make the romance believable. It also didn't help that the big secret about Jonas's past was pretty obvious given I'd just finished Blue Mist on the Danube. I found myself skimming pages to get to something interesting. Skimming lots of pages. Despite this, the ending was still a predictable anticlimax.

Sunrise on Stradbury Square was marginally more interesting, because it incorporated some minor characters from the previous two books, and reintroduced the art theft subplot. The main character, Rachel McCully, was suffering leukaemia, which should have engaged my attention and empathy. It didn't. I found myself struggling to read the book (rare for me), and I had little patience for the art thief: if he'd been a little less offensive, he could have had his heart's desire--and his marriage--simply by being polite to the in-laws.

Again, there were too many characters who diluted the plot, which seemed overly contrived in place (what doctor is going to recommend a seriously ill patient be driven five hours by car when she could be admitted to a local hospital and be transferred by ambulance if necessary?). It finished on a bad note with an unbelievable reveal of who was behind the art thefts.

Thanks to the publisher and NetGalley for providing a free ebook for review. As you can tell, I wasn't required to write a positive review.
Posted by Iola at 09:00