Today I have a spotlight for a new book, SECOND CHANCE RANCH by Liz Isaacson. It's a Western inspirational romance, and it hit shelves on Tuesday, September 15. 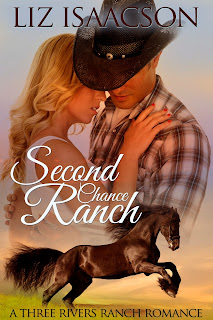 About Second Chance Ranch: After his deployment, injured and discharged Major Squire Ackerman returns to Three Rivers Ranch, anxious to prove himself capable of running the cattle operation so his parents can retire. Things would be easier if the ranch wasn’t missing 1.6 million dollars, which forces Squire to hire Kelly, the girl who rejected his high school prom invitation, as his accountant.

She’s back in town with her four-year-old son, living in her parent’s basement until she can get her life back together. With fresh ink on her divorce papers and open gashes on her heart, she’s not ready for much beyond her new job on the ranch.

Squire wants to forgive Kelly for ignoring him a decade ago. He’d like to provide the stable life she needs, but with old wounds opening and a ranch on the brink of financial collapse, it will take patience and faith to make their second chance possible.

Add on Goodreads | Buy on Amazon 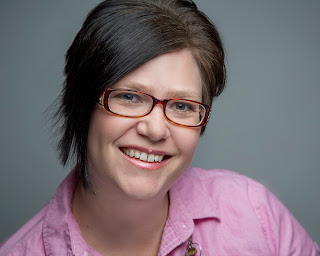 About Liz Isaacson: Liz Isaacson writes inspirational romance, usually in a Western setting because of her love of horses and cowboys. In her real life, she is Elana Johnson, hybrid author of several YA and adult romance novels. She is a teacher of technology and she wants to travel the world.


Kelly Armstrong has returned with her son to her tiny home town following her divorce. She applies for a job at Three Rivers Ranch, working for Squire Ackerman, the younger brother of her best friend in high school. She needs the job, so she can afford to move out of her parent’s basement. Squire doesn’t want to work with the girl who rejected him many years ago, but there’s a problem in the ranch accounts and he needs Kelly’s help to find it …

I liked both main characters—important in a romance. Squire was the all-American hero, an Army major who has now retired following an injury. Yes, he’s probably too good to be true, but this is a romance novel. We don’t hold that against him. Kelly is an equally good character—strong, intelligent, hard-working, reliable and caring. Her main fault is that she appears to have no faults. No matter: there is still plenty of conflict and tension, both from the missing money and the growing feelings between Kelly and Squire.

The one thing which bothered me about Second Chance Ranch was the timing. Four months ago Kelly discovered her husband was having an affair. Now she’s been divorced one month and is living back in her home town … and this is a romance novel, so she’s about to find her Happy Ever After. Really? Four months ago she was in love with husband number one, and now she’s ready to move on? No going through the stages of grief for the death of a marriage? No trust issues? Or are my views tarnished from living in New Zealand, where it takes at least two years to get a divorce, to ensure couples have adequate time to attempt to reconcile?

Aside from that, I really enjoyed the characters and the story. The writing was excellent (marred only by a couple of proofreading errors and overuse of “he thought” and “she thought). In fact, some of the writing was outstanding, like the description of dinner delivered by Squire: “chicken noodle soup with a side of male goodness”. Funny!

Recommended for those who enjoy fun-filled contemporary Christian romance by authors like Becky Wade, Andrea Grigg and Rose Dee.

Thanks to the author for providing a free ebook for review. While this is her first contemporary romance, she has previously published YA fantasy as Elena Johnson.
Posted by Iola at 09:00