Review: Close to You by Kara Isaac

A disgraced scholar running from her past and an entrepreneur chasing his future find themselves thrown together—and fall in love—on a Tolkien tour of New Zealand.

Allison Shire (yes, like where the Hobbits live) is a disgraced academic who is done with love. Her belief in “happily ever after” ended the day she discovered her husband was still married to a wife she knew nothing about. She finally finds a use for her English degree by guiding tours through the famous sites featured in the Lord of the Rings and The Hobbit movies. By living life on the road and traveling New Zealand as a luxury tour guide, Allison manages to outrun the pain of her past she can’t face.

Jackson Gregory was on the cusp of making it big. Then suddenly his girlfriend left him—for his biggest business competitor—and took his most guarded commercial secrets with her. To make matters worse, the Iowa farm that has been in his family for generations is facing foreclosure. Determined to save his parents from financial ruin, he’ll do whatever it takes to convince his wealthy great-uncle to invest in his next scheme, which means accompanying him to the bottom of the world to spend three weeks pretending to be a die-hard Lord of the Rings fan, even though he knows nothing about the stories. The one thing that stands between him and his goal is a know-it-all tour guide who can’t stand him and pegged him as a fake the moment he walked off the plane.

When Allison leads the group through the famous sites of the Tolkien movies, she and Jackson start to see each other differently, and as they keep getting thrown together on the tour, they find themselves drawn to each other. Neither expected to fall in love again, but can they find a way beyond their regrets to take a chance on the one thing they’re not looking for?

To the best of my knowledge, Close to You by Kara Isaac is the first novel from a New Zealand author contracted and published by a major US Christian publisher. That alone is worth five stars, at least from this parochial Kiwi reader. Those of you who can’t see the appeal of a romance novel set in the Land of the Long White Cloud (and the land of hobbits) should leave now and go back to … I don’t know. What do people who don’t like New Zealand or hobbits read? Do they read? Can they read?. 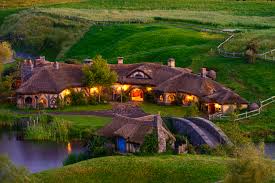 Anyway, on to the novel.

Allie is short of money, as her funds are currently tied up in a messy divorce. She’s working as a tour guide delivering high-class (i.e. seriously expensive) tours of New Zealand’s Lord of the Rings and Hobbit movie locations, making good use of her PhD in English literature. Unfortunately, she now loathes all things Tolkien.

Jackson’s company has just gone bust, and he’s accompanying a long-lost—and rich—uncle on Allie’s Lord of the Rings tour in the hope he can persuade uncle to invest in his next business idea. Unfortunately, he knows nothing about Tolkien, hobbits or Lord of the Rings … despite telling his uncle he’s a die-hard fan.

Naturally, Allie and Jackson start off on the wrong foot and equally naturally (this is Christian romance!), things change as they start to get to know each other. Throw in a tour bus full of seriously eccentric characters, a wily uncle and a weasly almost-ex-husband, and the stage is set for fun and romance. 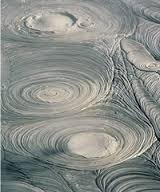 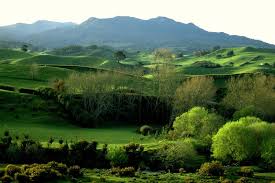 I loved all the Kiwi touches, from the nail-biting approach to Wellington Airport to the lush greenery of the Waikato, the “scents” of Rotorua, the majesty of Queenstown, and the Tolkien tourist mecca of Hobbiton (which is even better in real life). The writing was good, with a good dose of humour (people actually speak Elvish?) and a subtle underlying Christian theme.

Recommended for fans of Carla Laureano and Susan May Warren. And New Zealand, and Tolkien. So that should cover pretty much everyone.

Thanks to Howard Books and NetGalley for providing a free ebook for review.
Posted by Iola at 09:00