Today I'd like to welcome Australian author Adele Jones to Iola's Christian Reads. She's about to release her debut novel, Integrate, which I'll be reviewing tomorrow, and will also be releasing another novel later in September. Welcome, Adele! 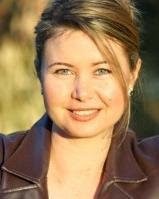 First, please you tell us a little about yourself. Where are you from?

I’m originally a farm girl from the Western-Downs of Queensland, but now live in Queensland’s largest inland city, Toowoomba. I love doing life on the mountain top and sharing it with a fabulous collection of friends and family (both local and further afield).


What kind of books do you write? Where and when are they set?

I write historical maritime romance and young adult fiction. Pretty well opposites when it comes to genres! My historical work is set in the nineteenth century in various locations (handy having your characters on a ship) and the YA is a modern story set in Brisbane, Australia.

Tell us about your latest books. Who will enjoy them?

I have two books about to be released. ‘A Devil’s Ransom’ is a historical maritime romance about Scottish shipmaster, Quinn MacKinnon, a man entangled in an illegal human-trafficking operation. The story begins when he and his men abduct an unintended hostage – a wealthy woman with strong ideals – which causes him all kinds of trouble and ultimately risks his life. This book has a theme of redemption and will appeal to adventure seeking readers who enjoy some romance in the mix. The release date is September 19 – International Talk like a Pirate Day!

Integrate is a fast-paced YA fiction about Blaine Colton, a young man whose life has been saved through revolutionary gene therapy. What should be the best time of his life turns into a nightmare when he’s told his treatment was unapproved, forcing him to remain within the Institute where his therapy was developed. When information he’s being told doesn’t quite add up, Blaine decides to take matters into his own hands and finds himself running against time as he seeks answers before his body fails completely. ‘Integrate’ is being released September 1st.

What was your motivation for writing Integrate? 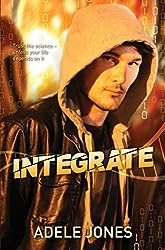 Friends of ours had a young family member who was really sick. We’d known the family for a while, but I’d never asked specifically about the cause of the disease, so one day I did. My friend told me it was a genetic disorder called Mitochondrial Disease. With a background in science, I questioned what genes were affected and possible treatments, amongst other things. Essentially the answers kept coming back to, ‘It’s complicated.’ After doing some reading into the topic, I had to agree – it was very complicated!

I guess that’s when the idea for Integrate started percolating. (It rattled in my head for a number of years.) Medically there was little to be done, except let nature take its course. But what if science could ...?

Where did the characters and story come from? What were your influences?

When it came to writing an outline of the story, I explored numerous genetic disorders and possible treatments that could be developed in an ideal world. But I kept coming back to Mito. It really is complicated and I wanted to create an impossible genetic challenge then push out the bounds of currently attainable science.

The characters and scenarios are entirely fictional (except for the gorgeous blonde in the red VW convertible – she dared me to write her in :)), but as I constructed Blaine’s hypothetical condition based on various forms of the disease, I began to gain a better picture of the challenges our friends had faced. (Sadly the young man passed away a year before I wrote Integrate.) Mito could be full-on and although I knew the family were incredibly dedicated to providing the best care and quality of life possible, I glimpsed a small part of the bravery it takes for an individual and family to live with this disease at its most challenging.

Blaine has undergone genetic therapy. Can you explain this a bit? Is it completely fictional, or is there some basis in scientific fact?

Gene therapy is being increasingly explored for genetic disorders, with some positive advances being made. Basically the concept behind gene therapy is to introduce functional DNA into cells with damaged (i.e. mutated) DNA, enabling restoration of the cellular operation that has been disrupted. In the context of Mitochondrial Disease there has been some limited success, but the disease is complicated by many variations and combinations, and can affect either (or both) mitochondrial DNA and genomic DNA. For some individuals the actual mutation(s) can’t be identified. The theoretical methodology behind Blaine’s therapy is fictional but based loosely on actual approaches, then extrapolated within that fictionalised context. Some aspects are purposed specifically for the story.

Who is your favourite character and why? Do you have anything in common with him/her?

I think Blaine is my favourite character, followed closely by Jett (Blaine’s ‘other’ best friend). I like that Blaine has a bit of attitude so I could indulge my inner adolescent, but at nearly eighteen he also has a kind heart, which you often find in people who have faced enormous personal challenges early in life.

What are you working on at the moment? What other books do you plan to write? Will we see a sequel to Integrate?

I’ve already written a draft sequel to Integrate, but need to get stuck into more research now. There are also several sequels to ‘A Devil’s Ransom’, but I say let’s get one book out at a time! Short works also keep me out of mischief if I’m ever lost for things to write (which is pretty well never!).

Thanks so much for having me as your guest today, Iola. It’s been fun exploring my writing projects with you. If any reader would like to find out more about me and my work, they can visit my website at www.adelejonesauthor.com.

For purchasing details and general information about my novels, more information can be found on the publishers’ websites: http://rhizapress.com.au (Integrate) and www.roseandcrownbooks.com (A Devil’s Ransom).
Posted by Iola at 09:00