ARCBA Review: An Heiress at Heart by Jennifer Delamare 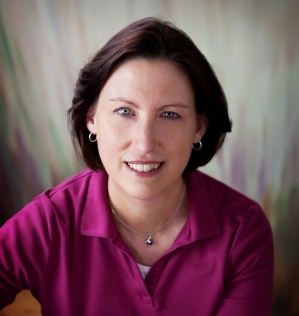 The youngest child of a Navy pilot and a journalist, Jennifer acquired a love of adventure and an excitement for learning that continues to this day. She’s lived in three countries and traveled throughout the United States. An avid reader of classics and historical fiction, she also enjoys biographies and histories, which she mines for the vivid details to bring to life the characters and places in her books. Her debut novel An Heiress at Heart was chosen by Grand Central Publishing to be the first inspirational romance for their Forever imprint. She resides with her husband in the southeastern United States--where, when not writing or dreaming up romantic adventures for her characters, she can be found fantasizing about her next ski trip or international vacation. 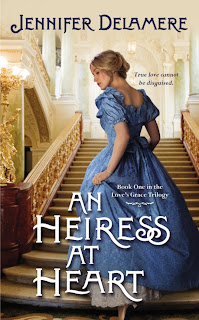 A youthful indiscretion has cost Lizzie Poole more than just her honor. After five years living in exile, she's finally returning home, but she's still living a secret life. Her best friend Ria's dying wish was for Lizzie to assume her identity, return to London, and make amends that Ria herself would never live to make. Bearing a striking resemblance to her friend, and harboring more secrets than ever before, Lizzie embarks on a journey that tempts her reckless heart once again . . .


A committed clergyman, Geoffrey Somerville's world is upended when he suddenly inherits the title of Lord Somerville. Now he's invited to every ball and sought after by the matchmaking mothers of London society. Yet the only woman to capture his heart is the one he cannot have: his brother's young widow, Ria. Duty demands he deny his feelings, but his heart longs for the mysterious beauty. With both their futures at stake, will Lizzie be able to keep up her façade? Or will she find the strength to share her secret and put her faith in true love?

In 1846, Lizzie Poole and her brother, Tom, escape England for Australia. Lizzie is escaping an inappropriate romantic relationship, and Tom is escaping a murder charge, from duelling to defend his sister. In Australia they meet Edward Thornborough and his wife Ria—who is the spitting image of Lizzie.

Five years later, Lizzie Poole is back in London, masquerading as the widowed Victoria Thornborough, hoping to reconcile with Lady Thornborough, Ria’s grandmother on her behalf, and hoping to find the letters that will prove she is half-sister to Ria.

But Lizzie hasn’t counted on falling for Geoffrey, Lord Thornborough, Ria’s brother-in-law and a man Ria is forbidden by law to marry. If she were to reclaim her true identity as Lizzie, she would be free to develop a relationship with Geoffrey, except for her unfortunate history with Freddie Highfield—a history that Geoffrey, an ex-vicar and committed Christian, is unlikely to be able to forgive. Things get even more complicated when she is recognised as Lizzie Poole by a face from her past …

An Heiress at Heart was set mostly in Victorian London, and the author appears to have researched the time and location well, particularly around conveying the attitudes and manners of the time. I found both Geoffrey and Lizzie/Ria to be highly likeable characters, and spent most of the novel wondering how they were going to be able to overcome their (assumed) formal relationship. As it happens, I think the author managed this very well. There is also a twist at the end which sets the story up nicely for a sequel.

An Heiress at Heart has been nominated for the 2013 RITA Awards for Inspirational Fiction. Will it win? It’s hard to say. The other finalists include a variety of long and short historical and contemporary novels. I’ve only read one other finalist in the Inspirational category, a contemporary novel that is quite different in style but equally good.

While this is a Christian novel, the faith elements were understated and not at all preachy. Recommended for Regency Romance fans (even though this is Victorian), and fans of authors like Kaye Dacus. Thanks to the author for providing a free ebook for review. You can find out more about Jennifer Delamare at her website.
Posted by Iola at 09:00