An assassination attempt on the American president threatens to ex
pose the existence of Therians to the Human world. Baran knows that the Fringe have become bold. In a race to find the next assassin before he strikes, Raina and Baran must travel from Washington D.C. to the Elven capital hidden in the Smokey Mountains. Rising tensions between Therians who respect the centuries-old alliance with the Elves and Fringe sympathizers who clamor to sever all ties between the two peoples make the case and Baran's relationship with Raina even more difficult to navigate. Circumstances have forced them together, but is it only duty that drives his actions? Does Raina's heart belong to her old childhood sweetheart or is the Leopard's heart still to be won?

Leopard’s Heart is Book One in The Therian Way series, but there is a novella prequel (Tiger’s Paw), and I would recommend people read that first. I didn’t, and found the first half of Leopard’s Heart a real struggle to read. While there was a lot of back story in the first half, I found it confusing as I didn’t see how it related to the central assassination plot, and it slowed the story down. A lot. The first half could have benefited from some cutting, to bring the plot to the forefront, rather than allowing the central plot to be hidden behind the endless interior monologue and world building.

My confusion over the plot wasn’t helped by the writing. The novel is written in first person from the point of view of several characters. Most chapters were from the viewpoint of either Raina (the part-Elf leopard heroine) or Baran (the pureblood Therian tiger hero), but some chapters were from the viewpoint of minor characters. My problem with this was there were several chapters where I didn’t immediately know who the viewpoint character was, if it was Raina or Baran or someone else. I don't like having to flick back to the start of a chapter to work out whose story I'm reading. It should be obvious.

I also thought there was too many characters (mostly related to the problem of toomuch back story), to the point where it distracted from the central plot and the character development. Also, some of the writing seemed to have errors, in that I couldn’t immediately discern what it was trying to say. For example, this sentence appears to either have some extra words, or some missing words:

“I’m the only one in the neighbourhood who has a threatened last week for peace marriage.”


Was that meant to have been “who has been threatened”? Or something else?

I persevered despite my frustration, and the second half of the novel was much better than the first: fewer characters, more focus on plot, faster pace, more enjoyable, and an emotionally satisfying ending. But I don’t think the ending was satisfying enough or the characters interesting enough to motivate me to read further novels in the series.

Thanks to Jansina at Rivershore Books for providing a free ebook for review. 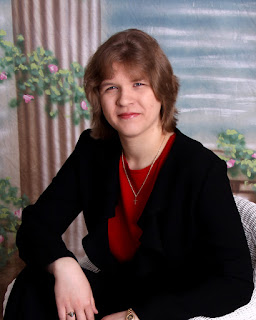 Kimberly A. Rogers writes in-depth reviews of Christian and secular fantasy as well as articles for Christian fantasy writers at her blog So You Want to Write Christian Fantasy? Of course, only when not in the midst of writing papers and taking exams in the pursuit of her Masters in Religious Education. Kimberly lives in Virginia where the Blue Ridge Mountains add inspiration to an over-active imagination originally fueled by fantasy classics such as the works of C.S. Lewis and J.R.R. Tolkien.