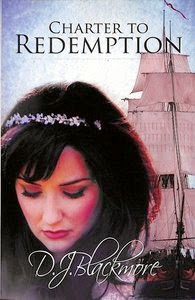 About the Book At the close of 1821, the penal colony of Newcastle looks to be every bit as black as it's painted. Emma Colchester charters a ride to Australia with a promise of marriage to a man she has never met. But appearances aren't always as they seem. And with a commitment unavoidable Emma learns that shackles are not always forged from iron. Tobias Freeman longs for redemption and hope. After a rough journey to New South Wales, Tobias learns the rations, the regulations, and the reprisal. But neither Emma nor Tobias expect the repercussions. 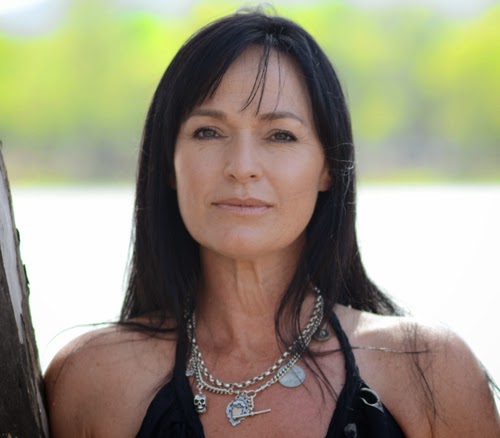 D.J. Blackmore grew up in the wine growing region of the Hunter Valley, New South Wales and is currently based in Central Queensland. She draws inpiration for her historical fiction novels from her love of age-old crafts such as spinning and cheese making. She considers being the mother of five, her greatest achievement.

Emma Colchester has travelled from England to the Australian colonies to marry Gideon Quinn, a man she knows only from letters and the faded miniature she wears around her neck. The daughter of a minister and good Christian lady, she plans to work with the convicts to help them find salvation. But things don’t go as planned. She is shipwrecked, and saved by a handsome young convict to whom she feels an instant—and unwelcome—attraction. Then she finds Gideon is not the handsome young man in the picture—he’s old enough to be her grandfather, something his letters did not disclose.

It has been arranged that Emma will stay with her aunt and uncle (the colony doctor) until the wedding, and the doctor’s house introduces her to the free citizens of the colony, and to the convicts in the hospital. Here she again meets the man who saved her, Tobias Freeman, and the two begin to form an impossible attachment.

Charter to Redemption is set in the early days of the Australian convict colonies, near Sydney. The author has captured the harsh and hostile setting well, with an interesting cast of characters, including male and female convicts, officers, and the residents who support the penal colony. It shows the deprivations suffered by the early settlers, convict and free, and hints at the strength of character it took to survive and thrive in the early years of Australia.

This is the debut novel from DJ Blackmore, and I’ll certainly be looking forward to her next book, a sequel to Charter to Redemption. Recommended for fans of Australian historical fiction, and Christian romance.

Thanks to ARCBA and Even Before Publishing for providing a free book for review. You can find out more about DJ Blackmore at her website.
Posted by Iola at 09:00