ACRBA Review: Back to Resolution by Rose Dee

(Even Before Publishing November 2012)

Available from Light the dark this week for $12.95

About the Author:
Rose Dee 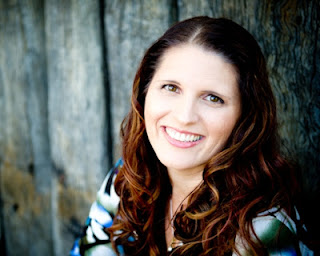 Rose Dee was born in Ingham, North Queensland, Australia. Her childhood experiences growing up in a small beach community would later provide inspiration for her first novel.
Rose, who holds a Bachelor of Arts Degree, decided to try her hand at writing two years ago. The result of that attempt is her first novel, 'Back to Resolution'. Her novels are inspired by the love of her coastal home and desire to produce exciting and contemporary stories of faith for women.


Rose’s other releases include, 'Beyond Resolution' - the second book in the 'Resolution' series. And ‘A New Resolution’ – the final book in the series.
Rose has also co-written a novel in conjunction with three other outstanding Australian Authors; ‘The Greenfield Legacy’. 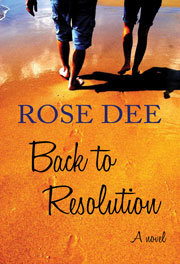 Bay Anders is lost. She enjoys every privilege a wealthy upbringing affords, but the void in her soul refuses to be filled.

Her mother's dying revelation drives Bay to the brink of self destruction, before a move to Australia changes everything. She embarks upon a search for her father that leads her to his island home, into a hazardous melting pot of hostile locals and a mystery – her father's disappearance.

The only person who can help her is a strong, selfassured and intensely magnetic man. Bay must fight an overwhelming attraction to stay focused on her goal.

Flynn McKenna is hiding from the world. A past filled with mistakes drove him to withdraw from society and live in seclusion. But the arrival of a woman he cannot avoid

shatters his solitary existence. As the search for Bay's father unites them, can he resist his desire for her?

It becomes a race against time as developers try to take over the island.

From the glittering streets of LA, to the beautiful Daintree forest in North Queensland, to the idyllic island `Resolution', Back to Resolution is a romantic mystery that shows how far a little faith can go.

Bay embraces the hedonistic LA lifestyle following the death of her mother, until a drunken argument with her stepfather results in an ultimatum - leave the city or lose the generous allowance he provides. He has even arranged a temporary job for her, as a photographer in Australia, the country of her birth and the country where her unknown father lived. Bay takes the opportunity, recognising both the destructive nature of her current lifestyle and the need to find that there is more to life than the LA party scene.
In travelling to Daintree, Queensland, she begins to read the Bible she received as a parting gift from Richard, her previous boss and photography mentor, and in a moment where everything seems to be going wrong, turns her life over to Jesus. A series of coincidences then lead her to Resolution Island, the beautiful but run-down and isolated resort her father owns. Here she meets and befriends Flynn while learns more about her heavenly Father as she waits for her earthly father to return. But all is not well on their island paradise, as someone else wants it too…

Back to Resolution opens at a funeral, which is a little unusual, but it was immediately engaging. This is probably because characters were flawed yet likeable, which is pretty much true to life (and who wants perfect characters in fiction or in real life?). The story was well thought out, and got stronger as the book progressed. The writing broke several current writing conventions in that it was more ‘tell’ than ‘show’ and there was a lot of descriptive writing and too little dialogue. Despite these potential faults, it worked.

Back to Resolution is the first book in the Resolution trilogy. Recommended.

Thanks to Rose Dee and Even Before Publishing for providing a free ebook for review. For more information about Rose Dee, see her website.
Posted by Iola at 09:00