Today I'd like to welcome authors Elise M Stone to Iola's Christian Reads. Elise has recently released True Blue Murders, the first mystery in the African Violet Club Mysteries, and is here today to share her own favourite authors. Welcome, Elise! 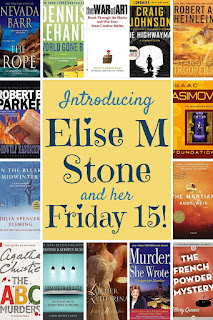 For Spenser and his amazing way of conveying pictures with an economy of words.

For her unconventional realistic Christian mysteries.

For her incredible descriptions of our national parks.

For The War of Art.

For the prickly yet delightful Agatha Raisin.

For my teenaged dreams of space travel.

“The good doctor”, who taught me much science through his stories.

Not only for her fiction, but for her weekly business blogs for writers.

For “Luther and Katherina.”

For showing how an indie tour de force could become a major motion picture.


For the wonderful Murder, She Wrote books.

For his (their?) famous 'play fair with the reader' mysteries.

Lilliana Wentworth expects the First Annual African Violet Club Show and Sale at the Rainbow Ranch Retirement Community to be thrilling. The former librarian has developed her first hybrid, a plant with unusual deep blue flowers, and hopes to win a first place ribbon. Maybe even best in show. But her excitement turns to dread when the aggravating Bette Tesselink, her fiercest rival, turns up dead, and she becomes the logical suspect.

There’s never been a murder in the village of Rainbow Ranch, and it soon becomes apparent that the young Chief of Police is in over his head. Under pressure from the mayor, Lilliana is afraid he’ll arrest her in order to close the case. Her only option is to begin her own investigation and find the murderer before she winds up in jail.

The first in a new cozy mystery series sure to engage you with its fascinating characters and twisty plot. 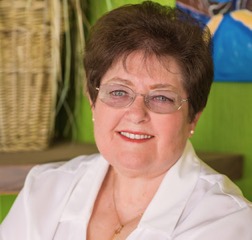 Elise M. Stone was born and raised in New York, went to college in Michigan, lived in the Boston area for eight years, and most recently moved to sunny Tucson, Arizona, where she doesn't have to shovel snow. Retired now, she spends her days doing her two favorite things: reading and writing. Agatha and Spenser, her two cats, keep her company while watching birds and lizards outside her office window. True Blue Murder is the first in a cozy mystery series that could be classified as geezer lit, but which she prefers to think of as fiction with mature characters.