I’ve had a long love affair with literature, so narrowing down this list was hard! To help myself I’ve targeted key books from my formative years, where my worldview and literary interests were being forged. I’ve cheated a little by referencing series or sequels, but there were many more I’d have loved to include. For today, let’s venture down memory lane...

1) Anne of Green Gables (series) by L. M. Montgomery (and her other books, too)

Anne invaded my soul at a very young age. I also went on to meet Emily (of New Moon), Kilmeny (of the Orchard) and many others – and then reread them over and over again, crying, laughing, sighing and stamping along with darling Anne (with an ‘e’).

I think these wonderful books are what cemented my desire to become a vet at a rather young age. I was animal mad, armpit deep in animal husbandry related matters due to living on a farm, and really connected with the madcap antics unravelled through Herriot’s works. I really only gave up on that dream in my senior years of high school – and only realised belatedly how near I’d come to achieving it!

This was an eye opening personal account by a young girl not so different to me – except she was living during a horrible war, hiding in an effort to survive the Jewish holocaust, simply because of her people group. I was gripped by her struggles and the reality of existing on a thread in a nation fragmented by war.

I found myself drawn to Joni’s incredible strength, rawness and honesty as she told her story of coming to grips with, even living a big life beyond, quadriplegia. I am always challenged and inspired by her ability to draw her readers to a deeper understanding of life and spiritual matters.

5) To Kill a Mockingbird by Harper Lee

This book was standard reading material in high school (year nine, maybe ten?), but it widened my eyes as to how differently people could perceive others based on the colour of their skin. I knew that kind of prejudice existed, had read about it in different contexts, but this (along with my next book and other listed) enabled me to consciously dissect these issues.

6) Roll of Thunder, Hear My Cry by Mildred D. Taylor

I’m not sure if I read this book before ‘To Kill a Mockingbird’, but I remember crying a great deal as I digested dreadful accounts of human injustice and racial prejudice. It broke my heart in a way I’ll never forget. I’ve always felt strongly about injustice, especially for the vulnerable and voiceless.

I was quite young when I read this book, but the impact it had on me was undeniable. These were real people being punished for helping those being ruthlessly oppressed. Certainly struck a chord. (There does seem to be a pattern here, doesn’t there?)

As a music student, I loved this book. It opened a door to the world of composers that were otherwise just a name, and humanised them. I suppose in a way it imprinted on me the power of history being woven into stories.

What young Australian girl in her right mind wouldn’t love these books? (At least, that’s what I thought!) Horse mad, lover of the bush – it couldn’t get better than this! I followed wise Bel Bel and Thowra on many adventures.

Janette Oke’s prairie romances became my staple diet for a while. There was something nice about the fact my grandmother, mother, aunts and most of my girl cousins also read these books. We got to pass them around many times and share the love.

11) Justin Morgan Had a Horse by Marguerite Henry

I had a pony that looked a lot like the one on the cover of this book. I loved reading about animals, loved horses, and was deeply moved by this story about a horse that endured such hardships throughout its life. I suppose it only heightened my already well established advocacy for animal welfare.

Jean Webster completely captured me with these fabulous tales of young college student Jerusha ‘Judy’ Abbott (Daddy Long Legs), and new orphanage superintendant Sallie McBride (Dear Enemy). The stories are told through letters. I loved the hilarious sketches inserted into the text, along with the absolutely delightful (non-soppy) romances that developed in spite of substantial obstacles. I thought these books were very clever, more so than some of the touchy-feely ‘mush’ romances. They were relationships built around harsh realities, but with substantial quantities of humour and very clever wit!

Some of the information was quite shocking for me, a naive (and happily so) high school girl, but I was drawn by this journey of learning, understanding, grappling for equality and building trust in a rough school nothing like my own! I thought the scene where ‘Sir’ cuts himself and bleeds red was a powerful reminder of our common humanity.

14) The Kensington Chronicles by Lori Wick

I came across these books much later than the others I’ve listed. I thought I was younger, but upon checking the publication dates, realised I had probably left home by the time I read them. I was reading quite a lot of historical fiction at that time and really enjoyed these. I guess they had that spark of history, romance, mystery and I readily added them to my collection. I have a thing for ships and history, so it ticked my boxes.

Okay, this was a grapple – last spot on the ladder – but I had to go with Redeeming Love. (Sorry Maria Kutschera Von Trapp!) This book rewrote how I viewed historical fiction. The themes it explored were absolutely gut wrenching. There were no throw away solutions to these dreadful realities. In a way it forced people to see the humanity behind the prostitution scene, yet still resolved with a hopeful ending.

Well, that’s my list. Thank you so much, Iola, for including me in your ‘Friday Fifteen’ feature. It’s been fun!

Thanks for visiting, Adele. I'll be looking forward to reading (and reviewing) Integrate, and interviewing you about it when it releases. 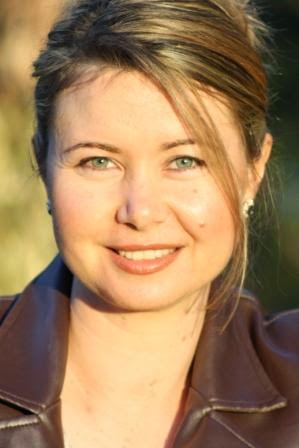 Adele Jones lives in Queensland, Australia. She’s had a variety of short works published and has two novels scheduled for release in 2014—a YA SciFi and a historical fiction. Her writing is inspired by a passion for family, faith, friends, music and science – and a broad ranging imagination. To find out more visit www.adelejonesauthor.com

A Devil’s Ransom is a historical maritime romance being released through Rose&Crown (the inspirational romance imprint of UK based Sunpenny Publishing).

Integrate is a YA SciFi being released through Rhiza Press. 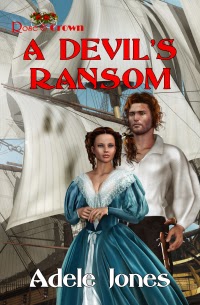 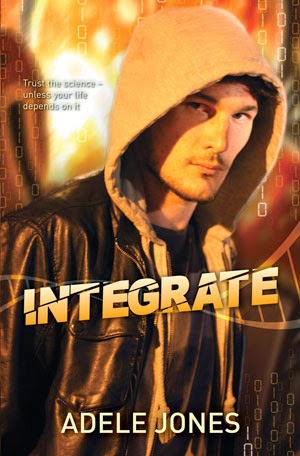