For all those who've been "complaining" that I review too many good books ... 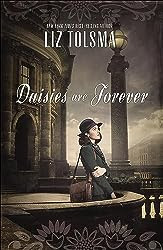 It is early 1945, and Gisela Cramer is fleeing East Prussia with her young nieces, to join her mother in Berlin, away from the advancing Russian Army. Mitch Edwards is an escaped POW, trying to find his way back to the British Army. The two meet, and Gisela pretends to be Mitch’s wife in order to save him from the Germans.

Gisela annoyed me right from the beginning, because it felt like I was supposed to know her background, why she kept collecting waifs and strays. She took responsibility for everything and everyone, and had a huge case of what we eventually found out was survivor guilt. Perhaps I would have felt some sympathy for her if this had been disclosed early on, but it wasn't, with the result that I was simply confused. Yes, I could see she was afraid of the invading Russian army (as were most people), but the source of that fear wasn't clear.

Mitch was a better character, but it was obvious he was written by an American who doesn’t know British English, because every time I started to get into the story there was another language glitch to pull me out of it. The English don’t have cookie jars. They don’t wear sweaters. ‘Pop’ is a sound, not a parent. The biggest language glitch was his name. Mitchell didn't ring true as a first name for that time period (I checked, and Mitchell is even less common as a first name than Iola in that time period).

I found the Kurt and Audra subplot even more annoying. Kurt fancies himself in love with Gisela from their first meeting, and Audra is as misguided as their two senile travel companions. These two sisters were annoying at first, but I soon found them providing welcome comic relief to Kurt’s arrogance and Audra’s starry-eyed plans. It didn’t help that the writing was sometimes difficult to follow. I had to backtrack several times, to work out who was speaking, or who the viewpoint character was. This slowed what could have been an exciting story.

By the time I got to the end, I'd decided the main problem is simply a lack of plot and structure. Most novels use the traditional three-act formula: Daisies are Forever had two. In the three-act structure, the first half of the novel usually shows the protagonist reacting to events, then being proactive in the second half to change their situation. The characters in Daisies Are Forever never made that transition from reactive to proactive. The book was a series of events, and that's not a plot. That's story.

Daisies Are Forever is based on the real-life stories (see? Stories, not plot) of two separate women combined into one. This was both a strength and a weakness. The strength was the historical fact, the way the novel tells the story of the final days of World War II, the brutality of the invading Red Army, and the depredation the German women suffered. It does this well. But telling stories is the domain of biography or memoir, not fiction.

The weakness was the way the two stories didn’t gel. What would have been a gripping biography became a puzzle. Gisela left her home in East Prussia to escape the invading Russians, yet stayed in Berlin and waited for her nightmares to become reality. Why? We find out in the end note from the author—the two halves of the story, the journey and Berlin, happened to different people. It’s no wonder Gisela’s motivation seemed confused. She was two people, with two sets of goals and motivations, and it came across as confused.

Daisies Are Forever had potential, but as you’ve probably worked out, I didn’t enjoy it. So now the big question is this: do I give the author another chance (and risk having to write another review like this one), or does she go on my ‘don’t bother’ list?

Thanks to Litfuse Publicity for providing a free ebook for review.
Posted by Iola at 09:00