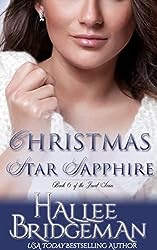 Madeline Viscolli is studying for her Masters degree when she meets Cru leader Ps Joe Westcott (Cru, for those of you as old as I am, is the new name for Campus Crusade for Christ). She’s attracted to him, and believes he’s equally attracted to her, but he does nothing about it . . .

I did find it weird that Madeline and Joe called each other Miss and Mr for a lot of the story—it came across as dated rather than respectful, especially he introduced himself as Joe when they first met. But it’s Alabama, the Deep South. Maybe that’s really how they talk there. Maybe it was meant to be a joke. Or maybe it was a deliberate erecting of barriers, so they could pretend they weren’t interested in each other.

However, the characters and the storyline were more than strong enough to compensate, and the story managed to get more spiritual depth than most full-length Christian novels I read. However, this flowed naturally out of the story and never felt preachy or forced. Joe has issues in his background, and while Maddie may have had a privileged upbringing, she’s no hothouse flower with no understanding of life outside her rich Christian bubble. I will admit to a bit of eye-rolling at the cliché ‘rich heroine’, (and why are we so fascinated by the rich, anyway?), but it was dealt with well: sure, Maddie comes from money, but we should judge her on her own intelligence and character. And she is an excellent character.

Joe is perhaps a little harder to get to know. He’s got the whole man thing going, but does manage to open up to Maddie and share some of his secrets. After that, it’s good to see him let his guard down a little and understand his character and what Maddie sees in him. All in all, he’s a loveable hero, and that’s what we want to read. Especially at Christmas!

This novella is apparently inspired by Bridgeman’s Jewel series, which I haven’t read. However, Christmas Star Sapphire can easily be read as a standalone story, and may even inspire you to read the Jewel series (right after the other 39 books on my to-review list. And 64 in my to-read list). An enjoyable short romance with some yummy recipes at the end!

Thanks to the author and BookCrash for providing a free ebook for review.
Posted by Iola at 07:00