I was thrilled when Narelle Atkins approached me with news of a secret Aussie project--a box set of romance novellas set in Australia in summer. I understand a summer Christmas is something most English-speaking people find odd. A little foreign, perhaps.

Well, that's kind of the point. These six authors wanted to introduce readers to Christmas Down Under, Aussie style. No snow, just sun, sand, and barbies on the beach. And a bunch of Aussie accents.

Yes, I'm a little biased. This collection features stories from some of my favourite authors. I edited each of the novellas in the collection, and I consider several of the authors personal friends (the others are the authors I haven't met yet, who are are friends-to-be!).

This collection is a great opportunity to try out some new authors, or read the latest from some of your favourite Aussie (and other) authors. Aussies and Kiwis will enjoy the familiar Down Under lifestyle, and our nothern neighbours can get a taste of what they are missing as they cuddle under their quilts and escape the winter.

Click here if you'd like the chance to win a Kindle copy of An Aussie Summer Christmas!

Justin Taylor escapes London in an attempt to outrun his pre-Christian past. He comes to Melbourne and befriends barista and cupcake maestro Ella Anderson ... and I so want to visit her coffee shop! Melbourne is well known for the cafe culture, and this novella got it spot on.

I lived in London for ten years and got to experience what many would call a "proper" Christmas (although they were more sludge-grey than white). It was great to revisit London, and to see a different side of Melbourne (a city I've visited only too briefly). This was a standalone story, a lovely romance with a touch of suspense and a strong Christian message.

You can find out more about Marion at her website.

Next Door Santa by Lacy Williams

Lacy Williams is American, and I have no idea if she's ever experienced my idea of a proper Christmas (i.e. SUMMER). No matter. She's done a great job in Next Door Santa, which introduces us to neighbours Christmas-obsessed Bridie, and no-complications workaholic Will. And a dog.

This is standalone romance from Lacy Williams. You can find out more about Lacy at her website.

Political advisor Gus Donovan is reintroduced to Chelsea Somers, the girl he never called back after their one and only date. He's become a Christian since then, and reevaluated what he wants out of life. But will Chelsea see eye to eye with him?

I'm not big into politics (and watching the US election from afar merely reinforces my stuck-in-the-mud views). But even I was sold on Gus as the reformed bad boy turned rising political star ... and yet I could still see why Chelsea hesitated. Enjoyable, if a little more thought-provoking than is normal for short Christian romances.

Seaside Christmas is part of Narelle's Sydney Sweethearts series, but can easily be read as a standalone. You can find out more about Narelle at her website.

A Christmas Resolution by Rose Dee 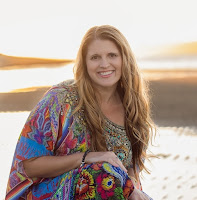 I've always enjoyed Rose's trademark style: Christian romance with a touch of edgy suspense balanced out by a good dose of Aussie humour, and with a definite emphasis on the Christian. A Christmas Resolution is no exception.

Breeah is back in her childhood home of Kiisay Point ... and face-to-face with her past. Face-to-face with her boyfriend of ten years ago, and his brother--once her best friend. A Christmas Resolution is a great story of reconcilliation and restoration ... and light suspense.

A Christmas Resolution is the final story in Rose's Resolution series, but can easily be read as a standalone. You can find out more about Rose at her website.

All is Bright by Andrea Grigg 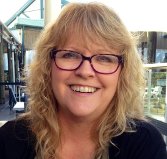 All is Bright is the story of good, Christian Amy, whose only fault is that she's been in love with her brother-in-law for the best part of a decade. For his part, Josh has finally over the death of his wife and considering looking for love again. But he's never considered Amy ...

This could be a morose or even cringey plot, but it isn't. Andrea Grigg tackles it with her trademark blend of Aussie and Kiwi humour, and the result is a fun romantic comedy read.

All is Bright is a standalone novella, although fans might notice a couple of characters from Andrea's first novel, A Simple Mistake.

Maddie Grace is the first female professional umpire in Aussie Rules (a football game. It won't surprise you to learn it's unique to Australia). Although she won't be a ref for much longer if she can't control the rumours about her and a certain player after an on-field accident ...

I am not a football fan. No matter what you call it: soccer, rugby, league, American football, Aussie Rules ... I'd rather read a book. Yet Meredith actually managed to convince me it might be fun to watch a game of Aussie Rules (shhh! Don't tell my husband!). This was an excellent novella, with two likeable Christians falling for each other while trying not to.

Falling for Maddie Grace is a standalone novella, although I'm sure Meredith can redeem a few of the other boys on the team and come up with a sequel (hint, hint). You can find out more about Meredith at her website.