An Irish Hero and a Seattle Beauty

Sofi’s Bridge shows a variety of dialects from the many different immigrants who settled in Washington State. Here is a sample of Neil’s Irish-ness.


Neil returned the smile Sofi gave him. “To a new day then.” He took a sip and held the cup away from him, crinkling his face. “My, how you Swedes like your coffee strong.”

“Too robust for your delicate tastes, Neil Macph—.” Her eyes danced.

“Not at all. We Irish like our tea just as strong.”

“But is the coffee to your taste?”

He leaned against the wall, and his voice came out husky. “ ’Tis grand. Sure I prefer it, so I do.”

“If we’re starting off a new day, then tell me—you prefer tea, don’t you?”

“I do miss a pot of tea, one where the leaves have been stewing so long the spoon can stand straight up in the cup. Does that satisfy ye?”

Their combined laughter lifted to the eaves, filtered down on them, and their gazes locked.

While I know my Irish, I researched the correct phrasing and tone for my other immigrants. Sofi is second generation Swedish, but here is a sample of her mother’s strong cultural roots.


“As the child of poor Swedish immigrants I grew up on the old saying, ‘Manure and diligence make the farmer rich.’”

But the cadences of language and culture disappear in the universal language of a kiss.


Neil could have been strong if Sofi had stayed away. But with the perfume of her nearness, the low, melodious kindness of her voice she exposed his wants, his dreams for his life, a wife, a home. His blood ran brighter through his veins.

He took her upturned face in his hands, his breath going shallow.

If things were different, this girl, this woman could be his. Sofi was the only woman who’d ever penetrated his self-reliance and made him aware of his own needs. She brought wholeness to him, healing to him.

She closed the gap between them. Wind whispered through the pines and cedars as he grazed his lips along hers. He trailed his mouth upward, along her cheek and down the warm softness of her neck. He returned to her lips, drawing in the sweetness of her mouth.

But it wasn’t right, and he pushed away from her. He may be a lot of things, but his father had taught him to be an honest man. By kissing her he was saying he wanted to marry her. And he could never marry Sofi. 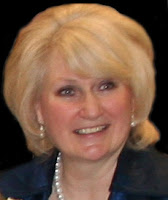 About Christine: Irish born Christine Lindsay is the author of multi-award-winning Christian fiction and non-fiction. Readers describe her writing as gritty yet tender, realistic yet larger than life, with historical detail that collides into the heart of psychological and relationship drama.

Christine's fictional novels have garnered the ACFW Genesis Award, The Grace Award, Canada’s The Word Guild Award, and was a finalist twice for Readers’ Favorite as well as 2nd place in RWA’s Faith Hope and Love contest.

This author’s non-fiction memoir Finding Sarah Finding Me is the true-life story that started this award-winning career in Christian fiction and non-fiction. This book is a must for anyone whose life has been touched by adoption. Christine is currently writing a new fictional series set on the majestic coast of Ireland and loaded with her use of setting as a character that will sweep the reader away. Subscribe to her newsletter on her website www.christinelindsay.org

About the Book: Seattle Debutante Sofi Andersson will do everything in her power to protect her sister who is suffering from shock over their father's death. Charles, the family busy-body, threatens to lock Trina in a sanatorium—a whitewashed term for an insane asylum—so Sofi will rescue her little sister, even if it means running away to the Cascade Mountains with only the new gardener Neil Macpherson to protect them. But in a cabin high in the Cascades, Sofi begins to recognize that the handsome immigrant from Ireland harbors secrets of his own. Can she trust this man whose gentle manner brings such peace to her traumatized sister and such tumult to her own emotions? And can Nei, the gardener continue to hide from Sofi that he is really Dr. Neil Galloway, a man wanted for murder by the British police? Only an act of faith and love will bridge the distance that separates lies from truth and safety.


Visit all the stops along the tour