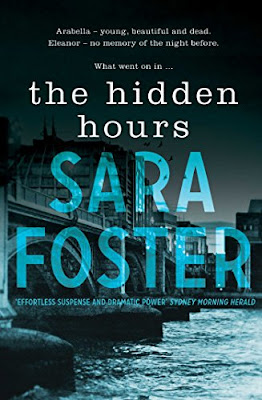 But It's Excellent Suspense.

Eleanor is an Australian in London on her OE (that’s her Overseas Experience, a rite of passage for those of us from Australia and New Zealand). She’s living with her uncle’s family, and has a temp job as a personal assistant at her aunt’s employer. The story starts the day after the company’s Christmas party, when is discovered that an executive drowned in the River Thames following the party. The police investigate, and Eleanor finds herself in the awkward situation of being one of the last to see Arabella, but having no memory of the end of the party, or of getting home. Oh, and she’s found Arabella’s distinctive engagement ring in her handbag. Oops.

So at the most basic level, the story is a whodunit. Did Arabella fall, or was she pushed? If she was pushed, by whom? By Eleanor, who can’t remember? By Nathan, Arabella’s husband and Eleanor’s boss? But it’s also a study in messed-up families. Specifically, Eleanor’s messed-up childhood which has left her with ongoing nightmares and memories which intrude on her present life, to the point where they can get mixed up.

The writing was strong, with a unique voice and excellent characters, especially Eleanor. There was a real sense of place – the setting felt authentic to me as someone who lived in London for ten years (and I liked that feeling of recognition). My only complaint is a little swearing that I didn’t feel was necessary.

Thanks to Simon & Schuster and NetGalley for providing a free ebook for review.
Posted by Iola at 08:00