A YA Sci-Fi Adventure Romp that Delivers 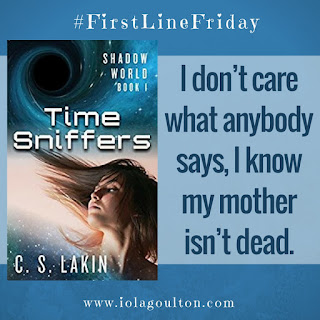 A great first line. The first-person narrator is Bria, a science geek who is the daughter of two scientists—Dad designs parts for the Mars Rover (they’re up to the 2055 model), and Mum is a Nobel Prize-winning scientist who works at the Greenfield National Laboratory undertaking laser experiments for the Department of Energy.

And one of those experiments apparently killed Mom—the entire lab disappeared. But Bria has her mother’s notes and is trying to recreate some of her experiments in their basement laboratory. (I’m thinking as I write this that this should be unbelievable, that Bria has the knowledge and equipment to undertake top secret research in her basement. But I believed it. It works.)

Anyway, Bria’s experiment works, and she creates a singularity. But there are consequences, and soon Bria is on a big adventure to find her mother and save the world. She is accompanied by her autistic younger brother, Dylan, Debby (Dylan’s babysitter), and three friends from school: Ryan, Jace, and Lauren. And it is an adventure.

I thought Time Sniffers was excellent. Okay, it may have benefitted by comparison to the book I read immediately before—a Christian speculative young adult novel, but one with no Christian content, a trying-too-hard element to the world building, a big reveal that should have been obvious to anyone who has ever read a sci-fi novel or seen a sci-fi movie, and a cliffhanger ending—the wrong kind, where the story feels like it’s finishing in the middle.

In comparison, Time Sniffers was brilliant. It’s not Christian fiction (and not advertised as such), although there is a clear theme of the battle between good and evil. The world-building was excellent and flowed nicely out of the story. The things which were obvious were meant to be obvious, and there were no major surprises—it’s a sci-fic adventure romp and the focus is on the journey. It even has a cliffhanger ending—but the right kind, where the story finishes, and the cliffhanger is of more a teaser for the next adventure.

This is the first book in the Shadow World series. It’s a young adult novel, but the presence (and importance) of Dylan means advanced middle grade readers could also read and enjoy it (as long as they can overlook the innocent romantic subplot). Recommended for sci-fi fans, and those looking for a good adventure story.

Thanks to the author for providing a free ebook for review. You can read the introduction to Time Sniffers below: