Today I'd like to welcome Carolyn Miller to Iola's Christian Reads. to share her Friday Fifteen: fifteen authors who have influenced her life and writing. Except she's cheated, and given us sixteen!

She is also here to introduce her new release, The Captivating Lady Charlotte, the second book in the A Legacy of Grace series. I read and enjoyed the first book, The Elusive Miss Ellison, and I'm looking forward to reading about Lady Charlotte ... and Miss DeLancey (which releases in October)

Who can surpass the Queen of English literature? Her wit and observations of early 1800s English society have given us such memorable novels as Pride and Prejudice, and the countless TV and film adaptations have caused many a heart to flutter faster, thanks to such characters as Mr. Darcy. (Thank you, Jane!)

My favourite: Persuasion beats Pride and Prejudice due to its heartbreaking poignancy - but only just!

Considered by many to have established the historical romance genre, whose witty novels and extraordinary degree of research (she once bought a letter by the Duke of Wellington to emulate his style of phrasing!) are so inspiring to this author. My favourites: The Unknown Ajax, The Nonesuch, Frederica, Arabella, Venetia, (the list goes on…)

Having read The Elusive Miss Ellison, it doesn't surprise me that Jane Austen and Georgette Heyer top your list!

The Canadian author of Anne of Green Gables (one of my favourite novels when I was growing up) also wrote the poignant and wonderfully evocative The Blue Castle. One of my top five novels of all time! 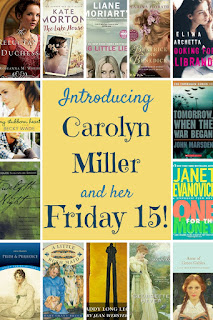 I've read both, but have to admit I prefer Daddy Long Legs to Dear Enemy.

Speaking of classics, I love to read Agatha Christie. I enjoy the depiction of England in a time when manners mattered, and those responsible for crime were always guaranteed to be brought to justice.

A far more contemporary crime series I enjoy reading is that created by Janet Evanovich, whose main character, Stephanie Plum, has all the sass and wit I can ask for (even if some of the later novels aren’t nearly as good as the first ten)

I’m Australian, so it’s my patriotic duty to ensure that Mary Grant Bruce gets a mention. Her Billabong series of children’s stories depicted life in the Australian bush in the early 1900s, and featured vivid descriptions of country life, humorous colloquialisms, slow burning romance, and were considered to help shape a sense of Australian identity, particularly in regards to patriotism and ideas about the bush.

Continuing the Australian theme, I’m a more recent convert to the writing of Kate Morton. Her haunting stories of family and tragedy shift between the present and the past, and the poignant, evocative prose in novels such as The Lake House is guaranteed to stir the soul.

Liane Moriarty is another Aussie author I’ve recently come to enjoy. Her bestselling contemporary fiction show aspects of life I can relate to, such as the challenges faced by school parents depicted in Big Little Lies. Funny, incisive, insightful writing.

Another author of Australian fiction I enjoy is Melina Marchetta, whose novel Looking for Alibrandi was on the High School Certificate English course for very good reason. Her insights into teen angst, and the challenges faced by migrants in urban Australia are heart-breakingly good.

John Marsen is another Aussie author whose Tomorrow When the War Began series is exciting, tense, and teen-true. A great, though slightly unnerving, read, especially for young adults.

I love some of the plays and poems by William Shakespeare, so I’m going to include him here too, due to his keen use of drama, romance, wit, and perceptive social observations. Twelfth Night is one of my favourites.

Marina Fiorato is an author who used the story of Much Ado About Nothing in her lovely novel Beatrice and Benedick. Gorgeous writing!

And what a fabulous book cover!

A Christian historical author I enjoy is Roseanna M. White. I recently read her novel The Reluctant Duchess and loved it. Powerfully intense, yet threaded by wit and a sense of God’s grace.

Roseanna M White is one of my favourite Christian historical authors.

A Christian contemporary author I enjoy is Becky Wade. My ultimate favourite Christian novel is My Stubborn Heart, as much for the realism of its flawed main characters, as the wit and banter found within. Oh, and the ice hockey hero. I’ll always love an ice hockey hero J.

Can I add the ultimate Author? The book that has influenced me more than any other is, of course, The Bible. So let’s include God – definitely leaving the best for last! 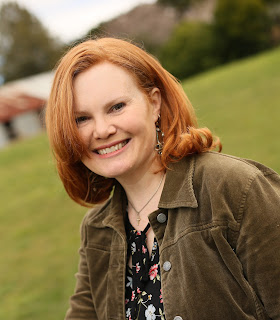 Carolyn Miller lives in the beautiful Southern Highlands of New South Wales, Australia, with her husband and four children. Together with her husband she has pastored a church for ten years, and worked part-time as a public high school English and Learning and Support teacher.

A longtime lover of romance, especially that of Jane Austen and Georgette Heyer’s Regency era, Carolyn holds a BA in English Literature, and loves drawing readers into fictional worlds that show the truth of God’s grace in our lives. Her debut Regency The Elusive Miss Ellison released in February 2017, and her next, The Captivating Lady Charlotte released June 27. Both are available from Amazon, Book Depository, Koorong and more.

About The Captivating Lady Charlotte

As the daughter of the Marquess of Exeter, Lady Charlotte Featherington always knew she was destined for great things on the marriage mart. Little did she imagine falling in love with a man on the eve of her parents announcing her betrothal - to someone else.

William Hartwell might be a Duke, but he suspects neither his title nor wealth will prove enough to hold the heart of the young lady who has captured his. The scandal surrounding his first wife's death makes trusting again difficult, while the mysterious happenings at his ancestral home, Hartwell Abbey, seek to separate before they are wed.

How can a young Lady negotiate her future when her heart demands the opposite of duty? Can they both learn to truly love from the legacy of Grace?