Not up to my expectations (even for a first novel) 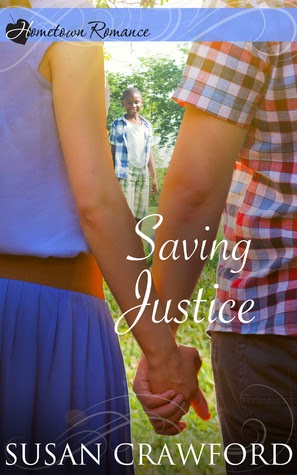 Teacher Kinley Reid works in a rough area of Oklahoma City, doing her best to provide disadvantaged children with a quality education, with God’s help. When Justice, one of her students, gets into trouble for vandalism, she steps in to help him.

Nash McGuire is the real estate professional who grew up in the rough suburb, and who is now renovating his childhood home to sell (personally, if I owned a house in an area run by gangs, I wouldn’t waste money renovating to make it “the nicest house in the neighbourhood”. I’d sell to the first person who made an offer. I certainly wouldn’t park my late-model car outside. After all, real estate is "Location, location, location", and this isn't the location they're meaning).

Nash is concerned by what he sees as Kinley’s naïve approach, while Kinley trusts God to keep her safe and finds Nash’s lack of faith disturbing.

Saving Justice had interesting characters and a noble ideal, but the plot lost me early on, when Nash wants Justice to pay for vandalising his car. Isn’t that what insurance is for, repairing things when the culprit can’t be found or isn’t able to pay? It also seemed completely unreasonable (unjust?) that the child was sentenced to community service within days of the alleged crime, with no apparent input from witnesses or social services, and no defence or advice provided by legal professionals. Really?

Of course, this is the US, a country which only outlawed capital punishment for minors a decade ago. Basically, this felt as though it was nothing more than a contrived plot device to bring Kinley and Nash together, and while I understand plots are (by nature) contrived, I prefer them not to be so obvious.

Between the injustice of Justice’s situation and Nash’s illogical renovations, I was left reading a plot that I felt was too contrived to be believable, particularly in the beginning. It did improve once the relationship between the three main characters was established, but it still felt unrealistic (yes, I know it’s fiction, but the overall tone seemed to be trying for sweet romance in a setting of gritty realism).

Susan May Warren has recommended this novel, and she's one of my favourite authors. I think she's looking at the heart of the novel, which touches issues similar to those raised in some of her own novels (such as Tying the Knot). She certainly can't be recommending the writing, which isn't a patch on her own.

Thanks to the publisher for providing a free ebook for review.
Posted by Iola at 09:00