Today I'm delighted to welcome John Cooper to Iola's Christian Reads, to share his Friday Fifteen with us: fifteen authors who have influenced his life and his writing. John has recently released From Woodstock to Eternity. 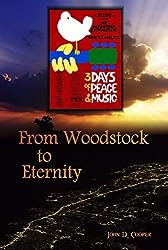 In his current life, John Cooper is an author, Christian song writer, husband and father of seven. In his old life, he was a hippie drug smuggler and general no count. This is the life Jesus delivered him from in 1984. In his book, From Woodstock To Eternity, he paints a picture of the wild and colorful days of the counter culture through the eyes of his hero, Dustin Morgan. While the book is filled with “you are there” action, it also tells a heartfelt story of the struggle many have to leave the old life once they have heard the Gospel.

Here are my picks for the 15 most influential authors and books that have affected my writing and my life. I would separate them into four categories: Christian, Action, Story Telling, and What Not To Do.

At first, I had no desire to read this book, thinking it was just another formatted lesson about a theological point. However, when I read the first page, I was hooked. Colson is the first Christian author I have read who puts his story into a real time, descriptive adventure that makes you feel like you are there. This inspired my style of writing to create From Woodstock To Eternity as a Christian Adventure novel.

2. Peter Marshall: The Light and the Glory

The son of the great Presbyterian preacher, Peter Marshall, and his wife, author Catherine Marshall (Christie books), Peter the younger surprised me with his ability to depict historical events with such vivid description and feeling. This book helped to form my ideas of dynamic scenes and settings. 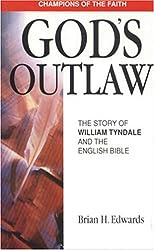 The idea of creating a living persona of the devil and his demons was revolutionary to me. At the time I read it, I was in a jail cell, pondering a commitment to raise my family in the Lord. It was meant to be humorous, but the light hearted handling of spiritual truths actually made me feel more at ease with God. C.S. Lewis set a precedent for me that inspired the character of Legion and the setting of the Heavenly Control Room in my book. Many believe there are spiritual forces at work in our lives, and showing them in this way makes it more personal.

One of my favorite books, this biography of William Tyndale deserves much more praise than it gets. With many “series” books of Faith Heroes, etc. this book is written with historical background and intense action as Tyndale avoids his persecutors. Again, the author takes what could be a drab topic of Christian biography and turns it into an action story that teaches reformation doctrine along the way. 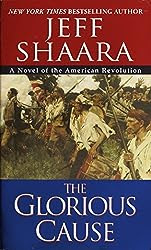 5. Jeff Shaara: The Glorious Cause

My favorite action writer of all time. It just so happens, all of Shaara’s books are about war, but I like war stories, because I like victory. But it is his unique writing style that captivates me. When I first read his account of the British occupation of New York, I could swear I was there. I could see it and smell it and feel it. His reviewers call it “you are there immediacy”. I must admit, I have tried to model some of the adventures in my book in the same way, and his example has been a great teacher.

When an author reaches a point that most of his books wind up being movies, you know he has made it big. Read any one of Clancy’s thrillers and you will know why. He draws you into the story line and gets you to know his characters to the point you feel invested in them. He is a master of character development. The good guys are good, and the bad guys need to get what is coming to them. His style has taught me a lot about characters and plot. 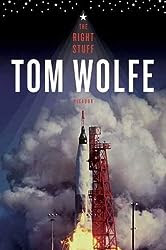 I first became acquainted with Tom Wolfe as a hippie when he wrote The Electric Kool Aid Acid Test. Not knowing how he would handle a mainstream topic like the American Space Program, I wanted to see if he had the right stuff as an author. Of course, they had already made a movie out of it, so it couldn’t be too bad. I have learned the importance of research to add authenticity, and Tom Wolfe had to do an awful lot of research to write this book. What has helped me is his ability to take technical information, personal information, and some boring information and mold it all into flowing dialogue and great action.

Crane invented an entirely new, original, unfamiliar writing style to tell this Civil War story of valor. He displayed an ability to break out of the standard mold and still achieve his goals of action, emotion and conflict. Perhaps it was necessary for him to break through old restraints to tell his tale. Whatever it was, it shows that artists can be out of the ordinary and still succeed, even in writing. 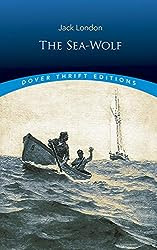 As a ninth grade reading assignment, Tom Sawyer was my first introduction to the world of adventure in storytelling. Up to then, all my reading had been school books, and I didn’t even want to do this book report. Being pulled into the story with Tom was a joy that has given me a love of reading ever since. It wasn’t required, but I read Huckleberry Finn after that. I had to find out the rest of the story.

Probably the best descriptive writer I know. London’s word pictures of the ship, the sea, the crew and the captain (The Sea Wolf) are enthralling. When writing, there is a temptation to move too fast, to keep the story going, when a great story has to have substance and scenery. Smelling the roses, so to speak. When I pause to create a setting, I think of the Sea Wolf and only hope I can get close. 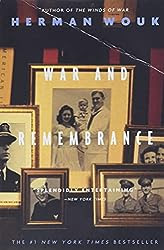 A huge book, one thousand pages long, it would never get by today’s agents and publishers with their 100,000 word limits. Nevertheless, each word adds to the story and moves it along. The goal of this book is to leave a record of World War II, the atrocities that were committed to the Jews, and the valor it took to conquer evil. Wouk told the factual story through fictional characters with fictional life stories. This became a model for the storytelling in my book, as I mixed historical and cultural events into the narrative while moving from one action account to another.

12. Margaret Mitchell: Gone With The Wind

A perfect example of storytelling by a master from yesteryear. Even today, with all the great rising stars in the writing world, her tale of the Old South, with the romance of Rhett Butler and Scarlet O’Hara, can stand with the best of them.

WHAT NOT TO DO

Sometimes, our most valuable lessons are what to avoid. The following are just my opinions and how they have helped me in a backwards sort of way.

What not to do - what a great idea! I do believe we can learn as much from mistakes (ideally, other people's mistakes), and it's a good sign when a reader or writer is able to articulate why they didn't like something.

With the promise of getting lost in the Pioneer Days, my expectations were high when I started reading this series with the book Independence. I soon realized that the writing was lacking what I would call good style. The subject matter was interesting, the characters were compelling, and the plots were intriguing. However, the storyline seemed too “regular”, with a hint of normalcy to it. It wasn’t enough to stop me from reading, but occasionally, I would stumble over a dialogue or a narrative that just seemed too plain. This has put a fear in me to avoid being “trite” at all cost. I am not worried about being controversial, but I am worried about being “blah”.

I know people love John Jakes, but a couple of his habits really bug me. One is excessive graphics on sex scenes. If it was erotica, that would be one thing, but when you recommend it to your teenage daughter as an historical novel, that’s another. I have always believed you can tell the same compelling story without the lewd details.

The other beef I have is the way he uses his characters. In one book, a brother and sister are separated for the entire book. He finally finds her, but is shot and killed the next day. Jakes developed a great conflict and buildup to a climax, only to demolish it immediately. It left a bad taste in my mouth and convinced me to take extra care in how I treat my characters. I want to attract more readers, not drive them away.

Yes, this would annoy me no end! 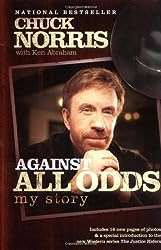 15. Chuck Norris: Against All Odds

Chuck Norris is a great role model and good movie actor, but he is not an author. I had to force myself through the simplistic dialogue and elementary circumstances. Not everyone feels this way. My kids love it. To me, it is an example of writing styles that I want to avoid.

So there it is, the good, the bad and the ugly. Thank you, Iola for having me as a guest on your blog, and I hope these insights will help other writers. I am open to guest blogging and cross promotion with other authors.

From Woodstock to Eternity is a triumphant saga of adventure and transformation, and is based on a true story. Find it at www.amazon.com/dp/1500740241 Available in print and kindle.