Review: Lives and Loves of a He Devil by Graham Norton

Anyone who has watched and enjoyed one of Graham Norton’s TV chat shows will know he’s funny, irreverent, and gay (both happy and homosexual) with a distinct voice. If any of that bothers you, this isn’t the book to read, because his ireverent voice shines through in this memoir. It’s as though he’s reading (and no, this wasn’t an audiobook). I enjoy Norton, so I enjoyed this book.

Norton wrote a “then I did this” autobiography when he was forty, and The Life and Loves of a He Devil memoir is quite different. It is structured along a series of themes of things he loves—dogs, Ireland, New York, divas, booze, men and work—capped off by things he loves to hate. As such, it bounces all over the place in terms of timing: boyfriends he broke up with in the “Dogs” chapter reappear and disappear throughout the memoir, as do home, locations and jobs.

He has some fascinating tales about people he has worked with and hosted on his various chat shows, but what really shines through is his own strong personality—and humility. He’s as surprised as anyone he’s become so successful, and doesn’t take it for granted or believe he has somehow ‘earned’ it. That also comes through in his show, which hosts a mix of the almost-famous, famous and mega-famous, and while Norton is at ease with all of them, there are some guests he is clearly thrilled to get to meet, just like a teenage girl meeting her idol (he actually tells a funny story about meeting idols: they are usually better admired from afar).

At the very end, he says:


“The final thanks must go to you, the reader ... If you watch or listen to any of my shows, thanks for that as well. None of what I do actually matters, but without an audience it really would be pointless."

I found that refreshing.

Norton fans will enjoy this book, but anyone who isn’t a fan should steer well clear. It’s definitely not a clean read, but it is an excellent example of memoir (as opposed to biography) in that it’s all about themes and ideas, not necessarily chronology and events.

This book counts as part of my 2015 Reading Challenge as A Memoir. 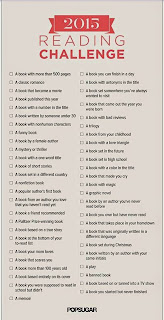