Today I'd like to welcome debut author William Galliani to Iola's Christian Reads. His book is a little different to those I normally review--fantasy--but I'm intrigued ...

While the First World War rages on Earth's surface, Hephaestion discovers the ideal opportunity to rescue his general, king, and soulmate Alexander the Great from the lowest ring of Hell. The problem? No one’s ever dared such a feat before, and only a madman would try.

As Hephaestion descends into the pit of eternal torment, he discovers unlikely accomplices willing to assist his impossible plan…but complications and subterfuge leave Hephaestion and his allies scrambling for footholds in a world governed by demons, devils, and opportunists. Soon the fires of Hades are the least of his worries as he must outrun, outgun, and outmaneuver beasts and monsters hell-bent on his destruction.

With a cast of unexpected characters from civilizations long buried and historical figures you only thought you knew, Hephaestion must answer the true question of his quest: What does it mean to be known, to be remembered…and perhaps, to be human?

Loyalty, commitment, and love ignore the bounds of death and time in an adventure that explores culture, history, and obsession through the lens of a man who defies reason.

William is currently undertaking a crowdfunding campaign. Find out more at Pubslush: http://bit.ly/tramplingPS

Here are the fifteen books which have influenced William's life and writing. Welcome, William! 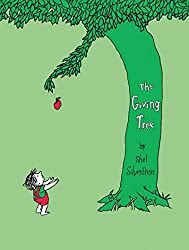 While not by a single author, I've got to mention this book. This is where it all started for me. My Mum would sit on the bed, I'd be snuggling Snuffles, and it would be story time.

Even as a child, I instantly recognized this as an abusive relationship. I immediately resolved to never take advantage of my poor mother in such a heartless and selfish fashion as the main character had this tree. 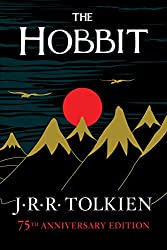 The smell of this book impacted me as much as the words. The leather cover, the quaint illustrations, and the texture of each page made me fall in love with the physicality of books. Each chapter was about going places, eating food, and meeting quirky creatures! 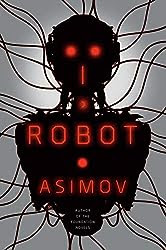 This was a BIG impact on me. I fell in love with science fiction and proceeded to gobble up EVERYTHING from the 1950's until the 1970's within the genre. Susan Calvin still continues to be my favorite female protagonist of all time. She is brilliant, calculating, and her demand for reason and logic was inspirational yet saddening.

5) Pillars of the Earth (Ken Follett)

This was a brutal and vivid novel involving war and architecture during England's dark ages. Thanks to its powerful and prudent female characters, my future as a feminist was secured. These women were crafty, dedicated, shrewd, and capable. 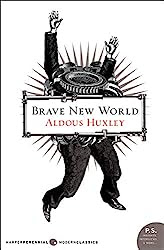 Not only did this work haunt me because of its themes and heartbreak, but the method in how the tale is conveyed anchored me into reality. It is all told through the proxy of letters and correspondence. The cat and mouse game in the arctic, a ship frozen in the ice, was an AMAZING set piece. 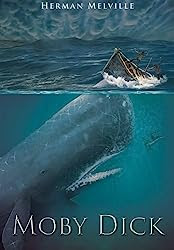 Of all the dystopian novels, this one scares me the most because it gives people what they want: drugs, sex, and clear expectations. Anyone can succeed in Huxley's novel, and it presents a utopia for what I expect is 90% of the Western World. No novel has ever horrified me more.

I can't tell you how many times I tried to find the silent sound of 'om' while I was in the army. Herman Hesse's writing style itself is so soothing it's like he's the grandfather of the world. I want to find that peace he whispers through his pages.

I enjoyed the occasional comic book as much as the next fella, but something sinister and brilliant was happening with The Watchmen. These super heroes had financial problems, emotional disorders, and even impotency. Only though the guise of their cowls, masks, and vehicles could they feel useful. They were broken souls desperate to find fulfillment. And Rorschach's truth is unnerving to me. 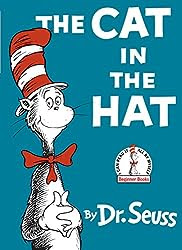 When I realized I had spent a half hour reading and re-reading a single paragraph about a painting of a whale impaled on a ship's mast, it occurred to me that I was reading the best prose in the English language. Moby Dick is beauty. It is a work loaded with dichotomy where pacifists are cruel and scoundrels are virtuous.

Why is this down here? Well, when I hit college I went through and read every children's book I could in order to evaluate how I had grown up. Cat in the Hat tipped me off to something: Theodore Geisel had been educating me subversively for YEARS. Green Eggs and Ham is about the end of segregation. The Sneeches is about class warfare. Yertle the Turtle is about dictatorship. And Cat in the Hat is a mishmash of biblical parables. 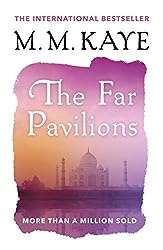 Never have I found better character description. Ever. Most prize Joseph Conrad's Heart of Darkness as his masterpiece and I don't deny that, but Lord Jim has so much to say regarding how we abuse our saviors that it makes me grit my teeth when I think on it. I also adored the distance it kept with its pivotal character, and emulated that distance in my first novel The Line.

Adventure. Swooping, elevating, elating adventure. The whole novel is delightful, but the first half involves a wedding caravan across India where the British officer in charge of its military escort falls in love with one of the brides to be. M.M. Kaye has written other great, charming works but this one is such a joy ride for me. 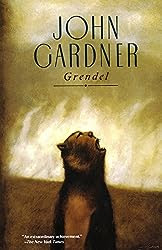 Satan/Lucifer/The Devil is the most common character in English literature. That's very telling to the English readership, don't you think? Grendel explores this phenomenon by retelling the tale of Beowulf from Grendel's perspective. Through first person perspective we learn the beast's origins, perspectives, and tragedy.

REQUIRED reading for any military or traveling government service person, this novel was humbling and enlightening. Working more as a series of vignettes, each portion acted like an instructional how-to-guide of South Pacific colonialism. Reading about this fictional nation brought complete clarity regarding Vietnam and Iraq.

William Galaini grew up in Pennsylvania and Florida. His mother gave him an early love of reading, especially when it came to the great classics of science fiction. He is also a history buff and fascinated by mythology and folklore. His various vocational pursuits include being a singer in a professional high school choir, manager of the call center at a luxury resort, U.S. Army medic, prison guard, and middle school English teacher. As such, he is perfectly suited to breech a solid metal door, humanely restrain the enemy within, and politely correct their grammar all while humming Handel’s Messiah and drinking a lovely cuppa tea.

He currently hangs his hat, rucksack, and tweed smoking jacket in Northern Virginia.