Today I'd like to welcome Joey Wills to Friday Fifteen, to share fifteen authors who have changed his life and writing. Welcome, Joey.

Picking the fifteen authors that have most influenced me is a bit like picking groomsmen. There are a few selections that just have to be there, even if a couple of them are semi-embarrassing and don’t quite fit with all the rest. After the absolutes, it is a vast prairie of possibilities. Every committed decision unleashes three possibilities that could very well be in its place. But, if this is the hardest task of my day, I’m doing pretty well. So, here they are, in no particular order. My Friday Fifteen. 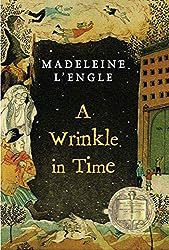 When I was in fourth grade, my parents handed me a copy of The Lion, The Witch, and the Wardrobe. I’ve been reading ever since. For the first few years after, I searched for secret doors to Narnia. It was the very first book that changed the way I looked at the world. I read the Chronicles of Narnia every couple of years (my favorite is The Voyage of the Dawn Treader). I stopped looking for Narnia, but only because I found it.

I still cry at the end of A Wrinkle in Time. Love is the most important thing in the world and it is displayed as an epic hero in much of L’Engle’s work. 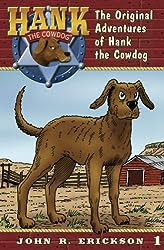 Yeah. Him. He wrote the Hank the Cowdog series. I read them. I collected them. I re-read them. I could hear the voices of the characters and feel myself drifting into another world. I was a kid in Texas, and Erickson introduced me to the world of new worlds.

Reading Dickens is like watching an artist carefully paint stroke by stroke. It seems slow at times but, at the end, you’re shocked to see the beautiful fullness of the picture and are thankful you were watching each and every stroke. 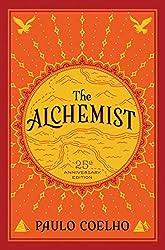 In spite of never having figured out how to pronounce his name, Coelho has been one of my favorites for a few years. I travel a lot and appreciate that Coelho just feels like a foreign voice, but a familiar one as well. Although I liked The Alchemist, I’ve enjoyed his other books more – particularly Veronika Decides to Die and By the River Piedra, I Sat Down and Wept.

Another huge influence from my childhood, Paulsen’s novels felt to me like a call to masculinity. I read The Hatchet and The River in school and it made me start to consider what it might mean to be a good man.

I’m a big fan of the classics, as you’ll notice from the list. 1984 tested the boundaries of my imagination and spurred an interest in ‘what if’ storytelling. Animal Farm is one of my top three favorite books. I love stories that strap my head to a medieval electric chair and force me to look at the mirror, even when it hurts. Animal Farm is my favorite such story.

They’re just fun, aren’t they? The Jules Verne novels. They don’t try too hard, they just tell a great story. 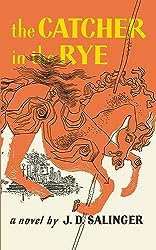 I’m one of those occasionally annoying The Catcher in The Rye people. But I swear, he was writing about me. I think Holden Caulfield influenced me so much because he taught me the value of vulnerability, the power of just saying it. Good, bad, ugly, and messy - just say it.

This is one of my new favorites and it is strange how much it has impacted me. The Maze Runner did what 1984 once did and challenged the boundaries of my imagination. I also appreciate Dashner’s breakneck speed. They are the kind of novels that dare you to blink – not just The Maze Runner series, but The Eye of Minds and others of his as well. 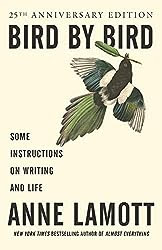 I don’t know what to say about Tozer. It just feels like worship when I read his words. It is the most God-centric writing I’ve encountered to date. 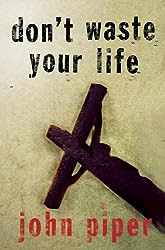 Desiring God was a big one for me. It helped shaped my theology and the way I see everything in the world. Piper’s other works challenge and inform my beliefs, especially in the realm of suffering, which is prevalent in many of my stories.

Miller writes with such whimsy and grace. It is like an roller coaster ride through a cloud – it should be scary, but it is oddly comforting and a whole lot of fun.

Ok, so I went to seminary and can sometimes be a nerd about it. Edwards taught me that I might be able to change the world just by being who I am. Writing and speaking from the heart, boldly and with a humble eye toward truth, Edwards is my favorite theologian and he communicated mostly through writing. His sermons were boring affairs where he read a text, line by line. But people were engaged because it was dripping with truth. And that was enough to monumentally change the world around him.

Sorry to those who didn’t make the wedding party. You still matter a great deal to me.

Check out my debut novel, The Mountains, to see what all this influence brought about. It is a story of adventure and identity, based on my experience travelling to 12 countries (five continents) in 2013 as a missionary. 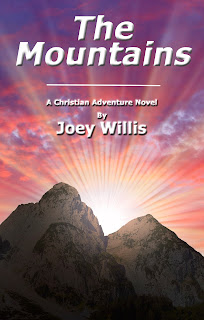 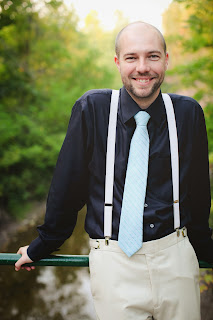 http://kellanpublishing.3dcartstores.com/The-Mountains_p_40.html
Posted by Iola at 09:00