I recently read an article on gender bias in fiction—whether men are more represented as published writers, as reviewed writers, and as characters. It got me thinking, because I predominantly read and review titles written by women. I suspect, after reading the article, it’s because I mostly read and review in two areas—romance and Christian fiction—which are dominated by women (the membership of writer’s organisations such as RWA, RUAus, RWNZ or ACFW are 80% women or more).

I’ll also make an admission: I’ve discovered I prefer novels written by women, because I like the internal conflict, the character development and relationship, and I think that on average, women write people better than men. My reading history shows men are more likely to write shoot-em-up novels with little or no character development (e.g. James Patterson, Dan Brown). Yes, they make good movies. Yes, there are exceptions.

So Bound by Blood is a novelty for me: a novel written by a man. A man who knows how to write good characters with strong internal conflict who change and grow by the end of the novel. Yes, there was a lot of action in the novel, but it was action driven by the plot, not action for the sake of filling a chapter or two.

Bound by Blood has a different setting than most Christian novels. I find most of the novels I read are set in a sanitised middle-class America, where even people whose lives go wrong have strong Christian support networks to help them get back on their feet, whether family or friends. If people have financial or health problems, it’s because it’s a plot point, not a reality of daily life.

Bound by Blood is different, in that it’s showing a side of American life that’s representative of how many people live, and it’s not pretty. It’s gritty and edgy, and offers a real insight into the difficulties new Christians can face in moving away from their old lives and on in the faith. Well done.

Rafflecopter (only open to US residents): 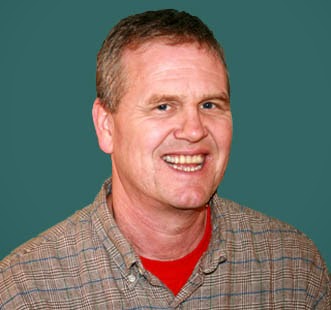 Scott Springer spent his youth playing pretend and dreaming of being a writer. As an adult he worked as a carpenter before becoming a software developer. Having produced much, his two children remain his proudest accomplishment. His wife led him to the Lord, and he’s glad that she did. You can find him at his website, on Twitter, or on Goodreads.

Bound by Blood is available to buy at
Amazon, B&N and Smashwords.